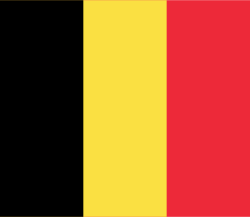 1.1.1.WATER RESOURCES Belgium’s water resources are distributed among five river basins, the two main ones being the Maas river (known in French as the Meuse) and the Scheldt (known in French as the Escaut); both have their source in France and flow into the sea in the Netherlands. The major aquifers are located in Wallonia. Belgium does not face water stress, despite its high density of population. Internal water availability is around 12,000 million m³/year (average 1990- 2004), or 1,168 m³/capita/year. The yield of groundwater is around 900 million m³, exploited at a rate of 75 per cent. This picture hides strong regional disparities, with the north distinct from the south. Wallonia satisfies 55 per cent of the country’s drinking water, but includes only 37 per cent of the population. Flanders and Brussels are dependent on drinking water from Wallonia, at levels of 40 and 98 per cent respectively. The picture is further complicated by the strong dependence of the Netherlands on the Maas for its drinking water.

1.2.WATER QUALITY, ECOSYSTEMS AND HUMAN HEALTH The environment in Belgium is exposed to intense pressures from human activities such as urbanization, a dense transportation network, industry, extensive animal breeding, and crop cultivation. Air and water pollution also have repercussions for neighbouring countries. Uncertainties regarding federal and regional responsibilities (now resolved) have previously slowed progress in tackling environmental challenges. The high population density, together with a very high degree of urbanization and industrialization, has had effects on the overall environmental quality. In the 1996 Habitat report it was stated that environmental degradation of rivers, watercourses and coastal areas of soil and subsoil (including aquifers), air, and green and forest areas were all serious problems in Belgium, as was waste. The oxygen condition of surface waters (O2, COD) is improving and nutrient concentrations (except for NO3-N) are falling. Several industrial sectors have made a major effort to reduce their wastewater loads, and the expansion of wastewater treatment plants has led to the reduction of wastewater loading by households. However, many measuring points do not yet satisfy basic quality standards and only about ten measuring points have a good physicochemical condition concerning all parameters. Industrial companies should be further disconnected from the sewage network and discharge permits should be adjusted in accordance with ecological standards. The additional connection of households to wastewater treatment plants should also further decrease wastewater loads. Nitrate concentrations remain a problem, for which agriculture, in particular, will have to find a solution. The proportion of measuring points with extremely bad to very bad biological quality (BBI) is falling sharply and the proportion of measuring points with good to very good BBI is increasing (30 per cent in 2002). However, according to the VLAREM standards, all measuring points must have a BBI of at least 7. In addition, the ‘standstill principle’ (no deterioration of the present situation) is often not applicable. There is still much to be done to achieve a good ecological situation in all watercourses by 2015 (European Water Framework Directive). Not only must the physico-chemical quality of the water be improved, but the quality of the sediment and the natural morphology of the watercourses must also be restored. 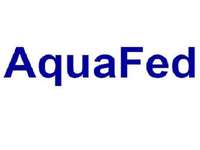 Created in 2005, AquaFed is the International Federation of Private Water Operators. AquaFed represents more than 400 private operator providing water and sanitation services in more than 40 countries worldwide. According to GWI (2013), over 1 Billion people count on … Learn More 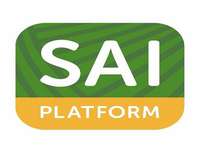 WASH is critical to leading healthy lives. Yet billions of people every day still do not have access to safe and clean water for drinking or washing, toilets and basic hygiene requirements to ensure that they stay healthy and well. … Learn More

THE CENTRAL CONCERN OF THE PRACTICE IS DESIGN EXCELLENCE. EVERY PROJECT IS BASED ON SCIENTIFIC RESEARCH AND EXPLORE APPLICATIONS OF EMERGING TECHNOLOGIES TOGETHER WITH ANCIENT TRADITIONS TO FIND BETTER SOLUTIONS TO CONTEMPORARY NEEDS. Project Results Significant emergency water and sanitation … Learn More 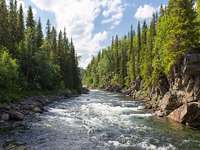 Coca-Cola Enterprise's manufacturing facility in Chaudfontaine, Belgium, which solely produces Chaudfontaine spring water, is working with the Walloon Regional Authority and the University of Liege to protect the local natural hot spring from pollution. The project included a survey of … Learn More

CONNECTING is a project that will establish the EU as a global leader for climate resilience, collaborative processes, and innovation for Nature Based Solutions by drawing on the experiences from three selected front-running cities in this project: Genk (Belgium), Glasgow … Learn More

This project implements water stewardship practices, particularly water savings (by reducing demand) and nature-based solutions that will increase the water supply to the basin. Learn More

Despite increasing rates of access to improved water sources (68% in 1992-93 to 89.9% in 2015-16), India continues to face its worst water shortage in history. Approximately six hundred million people are affected by high to extreme water shortages, according … Learn More

Forests provide much of the world’s most biodiverse habitat on land, making their protection a priority for maintaining biodiversity. They also provide flood control and water regulation benefits. In 2011, we launched a new environmental initiative with funding to help … Learn More 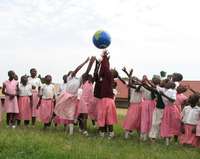 SuWaNu Europe is a project focused on the reuse of treated wastewater in agriculture. The reason behind is that wastewater when treated according to appropriate standards and methods has a strong potential to complement conventional water resources used in agricultural … Learn More 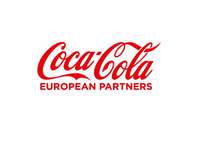 As part of CCEP’s This is Forward Sustainability Action Plan, we have a target to replenish 100% of the water used in our beverages, where it is sourced from areas of water stress, by 2020. In Belgium, our SVAs have … Learn More