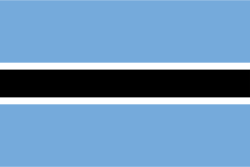 1.1.WATER RESOURCES 1.1.1.WATER RESOURCES Waters in Bosnia and Herzegovina hydrographically belong to the Black Sea Basin (39,000km2, or 75.7 per cent of the country’s total surface area) and to the Adriatic Sea Basin (12,000km2, or 24.3 per cent), although the precise lines of separation between these two basins have not yet been determined in certain areas because of the hydrologically complex nature of the karst. The Sava river is a recipient of water streams from the northern part of BIH, which belong to the Black Sea basin, while the Neretva river is the only direct tributary of the Adriatic basin. The river basins of the Black and Adriatic seas supply Bosnia and Herzegovina with most of its fresh water. The country receives some 1,000mm of precipitation annually. There are about 30 water reservoirs in Bosnia and Herzegovina, primarily on the Neretva and Trebisnjica basin and the Drin. Most are designed for hydropower and all are important for flood control, drinking water and irrigation. Ninety per cent of drinking water comes from groundwater resources. 1.1.2.WATER USE The biggest cities in the Federation of Bosnia and Herzegovina (FB&H) account for 61 per cent of total water consumption. Sarajevo consumes 36 per cent, Mostar 10 per cent, Tuzla 9 per cent, and Zenica 6 per cent. Water consumption by industry is very significant. Part of the industrial water demand is met by drinking water from the water utilities, but the biggest industrial consumers typically also have their own water supply sources. Today, industrial technologies are working towards reducing consumption of all resources used during production, and introducing water recycling wherever possible, as they are obliged to pay fees for water abstraction and wastewater discharge. The total water used by industry from its own water sources amounts to 5,914,770 x 103 m3, a mere 17 per cent of pre-war consumption. Agricultural land covers 11,367km2 (43.5 per cent), of which 7,184km2 is arable. It is estimated that the total area in need of irrigation represents 808km2 (11.2 per cent) of total arable land, but present estimates suggest that only 16km2 (0.2 per cent) of arable land is irrigated in reality. In the Republika Srpska (RS), the five biggest cities account for 50 per cent of total water consumption; Banja Luka (25 per cent), Bijeljina (10 per cent), Prijedor (7 per cent), Doboj (4 per cent) and Zvornik (4 per cent). As in FB&H, a small amount of the industrial water demand (18 million m3) is covered by drinking water from water utilities, while most is derived from insdustry’s own sources (150 million m3/year). Small quantities of water are used for irrigation. In Bosnia and Herzegovina there is a large system of hydro-energy utilization named HET (Hydro power plants on the Trebišnjica river). There are four hydro power plants, three in Bosnia and Herzegovina and one in Croatia, which have a capacity of 820MW, and there are plans for new hydropower plants with the aim of gaining an additional 200MW.

1.2.WATER QUALITY, ECOSYSTEMS AND HUMAN HEALTH Major environmental problems include air pollution from metallurgical plants, the scarcity of sites for disposing of urban waste, deforestation, and water shortages and destruction of infrastructure resulting from the 1992-95 civil strife. Today, none of Bosnia and Herzegovina’s large settlements has a treatment facility for wastewater, which means that all settlements of this size are also significant sources of pollution. All watercourses should reach ‘good’ ecological status by 2015, with the exception of the four water bodies on the Bosna River. All bodies under pressure were classified as ‘exposed to risk in the first approximation’. Of 22 groundwater bodies, six are considered to be ‘at risk’ due to human intervention, four are ‘at risk’ in terms of both quantity (due to over extraction) and quality, and the rest are threatened with quality risk only. Four groundwater bodies have insufficient data to estimate status.

We form part of the Barnes Group of Companies. We leverage our ability off owning our own steel manufacturing mill, which then supplies into our wholly owned primary manufacturing companies, who then produce standard and customer specific products which are … Learn More 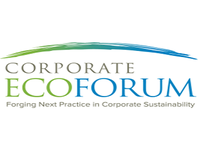 The Corporate Eco Forum (CEF) is an invitation-only membership organization for large companies that demonstrate a serious commitment to environment as a business strategy issue. CEF’s mission is to help accelerate sustainable business innovation by creating the best neutral space … Learn More

Deutsche Gesellschaft für Internationale Zusammenarbeit (GIZ) GmbH is a federally owned organisation. We work worldwide in the field of international cooperation for sustainable development. Our mandate is to support the German Government in achieving its development objectives. We provide viable, … Learn More 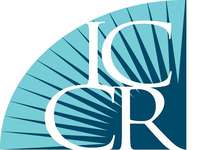 Currently celebrating its 42nd year, ICCR is the pioneer coalition of active shareholders who view the management of their investments as a catalyst for change. Its 300 member organizations with over $100 billion in AUM have an enduring record of … Learn More 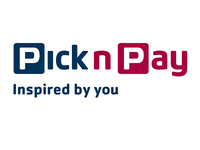 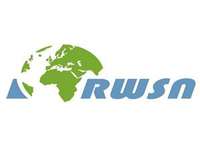 The Rural Water Supply Network (RWSN) is the global network of professionals and practitioners working to raise standards of knowledge and evidence, technical and professional competence, practice and policy in rural water supply and so fulfil the vision of sustainable … Learn More

CPWF (challenge programme for water and food) is an international, multi-institutional research initiative with a strong emphasis on north-south and south-south partnerships. The initiative brings together research scientists, development specialists, and river basin communities in Africa, Asia and Latin America … Learn More

This project will contribute to reducing poverty and enhancing food, health and nutritional security in the Limpopo River Basin by analysing the status of agricultural water use, access and productivity, and identifying opportunities for improved agricultural water management. Project Results … Learn More