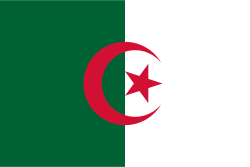 1.1.WATER RESOURCES 1.1.1.WATER RESOURCES The country is divided into five watersheds comprising the 19 watersheds in the country. Total internal renewable surface water totals about 9.8km3/year for the whole country. The renewable groundwater resources contained in groundwater in the north of the country are estimated at about 1.5km3. These resources are mainly fed by precipitation, the distribution of which is irregular in terms of both time and region. The southern region is characterized by the existence of underground water resources. If one considers that there is no common part between surface water and groundwater, total internal renewable resources amount to 11.3km3. Exploitable resources are estimated at 7.9km3. The initial total capacity of the dams of the five watersheds was around 5km3 in 2000. In 2003, the total capacity was estimated at about 6km3, but it is estimated that, with silting, this capacity has decreased by more than 25 per cent. Desalination of seawater is practiced at 14 stations located in three watersheds for a capacity of 47,000m3/day (5,000m3/day in Oran and Constantine and 37,000 m3/day in Algiers), or 17.16 million m3. The construction of a station in Arzew will increase this capacity. The annual volume of sewage discharged is estimated at 600 million m3 and that of industrial wastewater at 220 million m3.

1.2.WATER QUALITY, ECOSYSTEMS AND HUMAN HEALTH Pollution of water resources has begun to assume alarming proportions, particularly in the north, where most of these resources are found. In terms of quality, 44 per cent of all waters are thought to be good, 44 per cent satisfactory and 12 per cent poor. The water used for irrigation is generally of average quality and mineralization. The development of agriculture has led to the degradation of the quality of water for other uses (for instance, through nitrate pollution of freshwater aquifers used for human drinking water). In turn, the use of water by the population has resulted in biological and, increasingly, physicochemical pollution. The water quality maps published by the ANRH show that significant parts of rivers in the basins of Tafna, Macta, Cheliff and Soummam Seybousse are now polluted. Cheliff basin, with two million inhabitants, is thus exposed to pollution that may jeopardize the water supply of almost all of the localities served by the valley. Coastal basins and that of Oran Cheliff are most affected by salts. Overexploitation of coastal aquifers is reflected by increasing irremediable saline intrusion. The water of the Terminal Complex is very salty, and that of continental infill very hot (50°C). Similarly, nitrates pollute the water of Mitidja in its eastern and western parts (subject to monitoring from 1985 to 1993); investigations into the upper Cheliff and the web of Sidi Bel Abbes led to similar conclusions. Water at the Keddara dam is particularly hard, and must be mixed with ground water to soften it before delivery. Finally, levels of manganese and chloride in the water supply of Constantine are close to the maximum allowed by the World Health Organization. Insufficient water resources, non-compliance of water supply systems and sanitation, use of inappropriate technical processes, the phenomenon of cross-connection in the networks and squatter settlements, and the reuse of untreated or inadequately treated sewage explain the persistence of waterborne diseases. The 5-29 age group is the most affected by these diseases. Statistics from the National Institute of Public Health (NIPH) show an increased incidence of viral hepatitis in 1997 without significant decrease for the period 1997-2000; the same applies to typhoid and dysentery

LYSECONCEPT « Biological Pit » 6 in 1 A biotechnology providing a global, definitive, ecological, economical, biological and productive solution: 1. To the problem of waste water management ; 2. To the problem of the total elimination of excrements ; … Learn More

Human activity in the Guerbes-Sanhadja wetland complex has steadily led to environmental degradation over the years, to the point where 42% of the area is now affected. This area is vital to the wellbeing of the local people and species … Learn More 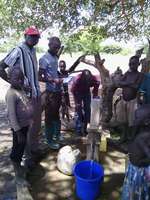 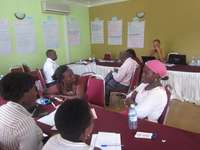 This project supports strengthening of the WASH alliance partners in Ruwenzori and Northern Uganda through learning sessions for innovation. The entry point will be the members in the alliances and existing platforms to harmonise and coordinate strategies, approaches and technologies … Learn More