The Guadalquivir is the fifth longest river in the Iberian peninsula and the second longest river with its entire length in Spain. The Guadalquivir is 657 kilometers long and drains an area of about 58,000 square kilometers. It begins at Cañada de las Fuentes (village of Quesada) in the Cazorla mountain range (Jaén), passes through Córdoba and Seville and ends at the fishing village of Bonanza, in Sanlúcar de Barrameda, flowing into the Gulf of Cádiz, in the Atlantic Ocean. The marshy lowlands at the river's end are known as "Las Marismas". It borders Doñana National Park reserve. The Guadalquivir river is the only great navigable river in Spain. Currently it is navigable to Seville, but in Roman times it was navigable to Córdoba.

Water stewardship has long been one of PepsiCo’s top priorities, and it's an important part of building a Positive Value Chain. As one of the first companies of our size to acknowledge water as a human right, we have a … Learn More

SK Mengibar has established an internal working group to understand its water systems and find improvement opportunities. These include improved efficiency of operations, improved water treatment and changes in employee behavior. Learn More

CRISI-ADAPT II aims to monitor and improve the adaptation planning through a real-time implementation and validation according to near and seasonal range forecast of climate risks.​ Therefore, the specific objectives are:​ Identify climate-related problems in strategic sectors and critical infrastructures. … Learn More

Background Ecotourism respects the resources of a Protected Area (PA) destination and the well-being of the people living in and around it whilst also, providing incentives for conservation and operating in off-season. In order for this sustainable development model to … Learn More

Spain is the second largest producer of strawberries worldwide, and about seventy percent of Spanish strawberries are grown in the Doñana region. Unfortunately, the recent growth of strawberry production in this province has put a great strain on the quantity … Learn More

HEINEKEN Spain’s four breweries are all located in water-stressed areas. It’s an issue that’s becoming increasingly urgent in southern Spain where a large part of the region is threatened by climate change, desertification and unsustainable land use – impacting on … Learn More 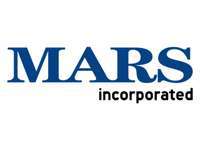 We are assisting with farmer training and technology that helps advance more sustainable water use for the rice we source. Mars has partnered with around 30 other organizations from a range of sectors to develop the Sustainable Rice Platform (SRP), … Learn More

Background Current levels of aridity in the Mediterranean appear to be unprecedented in the last 500 years and most climate models predict an increase in temperature and a substantial decrease in rainfall in the basin. Mediterranean representative socio-ecosystems (such as … Learn More

Restoring lagoons in the Wetlands of Doñana (Project)

The wetlands of Doñana are a famous and iconic World Heritage Site near Seville. In 2016, HEINEKEN Spain launched a project with Commonland to restore three degraded lagoons by improving soil structure and water filtration and re-planting endemic trees and … Learn More

SuWaNu Europe is a project focused on the reuse of treated wastewater in agriculture. The reason behind is that wastewater when treated according to appropriate standards and methods has a strong potential to complement conventional water resources used in agricultural … Learn More 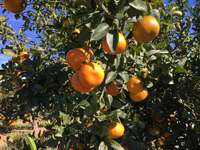 To Create the capacity and supporting the implementation of the AWS Standard in farms belonging to the WWF/EDEKA Zitrus Project Project Results Create a positive impact inside and outside the farms at the catchment level, making sustainable water use, reducing … Learn More 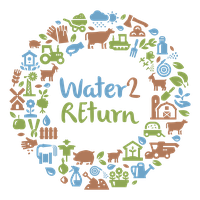 Water2REturn constitutes a real technological breakthrough based on a Circular Economy approach, in which treating slaughterhouses’ wastewaters would facilitate the recovery of nutrients with high market value. Under a Circular Economy model, valuable biological nutrients would be injected into a … Learn More