Water for the Planet

Water for the Planet

The objective of "Water for the Planet" is to establish a collaborative work between The Nature Conservancy (TNC) and PepsiCo to support the development and strengthening of the Water Funds, by investing in conservation actions to protect six supply areas of water, which have a direct impact on the water supply for six cities in five Latin American countries: Monterrey, Mexico City, Guatemala City, Bogotá, São Paulo and Santo Domingo. This will allow generating positive lo...

The objective of "Water for the Planet" is to establish a collaborative work between The Nature Conservancy (TNC) and PepsiCo to support the development and strengthening of the Water Funds, by investing in conservation actions to protect six supply areas of water, which have a direct impact on the water supply for six cities in five Latin American countries: Monterrey, Mexico City, Guatemala City, Bogotá, São Paulo and Santo Domingo. This will allow generating positive long-term impacts, helping to guarantee water and improve the living conditions of the people who supply themselves from these basins. 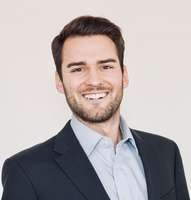 This project is a great starting point to escalate conservation actions in key watersheds. The challenge remains to be how to perform such escalation. We need additional resources to sell the project to other companies to invest in the same objectives.

The lack of planning in the transformation of land cover has caused the degradation of natural ecosystems that provide multiple ecosystem services, among which are the provision of water for consumption. This, in addition to the alteration of hydrological cycles due to global climate change, has evidenced crises due to access to water in multiple places in the world. Many companies that provide goods and services directly dependent on the use of drinking water have assumed their share of responsibility to mitigate these crises. That is the origin of 'Water for the Planet', a water replenishment program through which PepsiCo, in collaboration with The Nature Conservancy (The Nature Conservancy), seeks to return to nature the water used in its processes through the establishment of green infrastructure in strategic basins for your business. On November 15, 2016, an agreement was signed between PepsiCo and The Nature Conservancy, in which PepsiCo granted a donation of USD $ 3,000,000 to support a water replenishment strategy in Latin America, within the framework of the Water Funds. Such strategy would be focused, originally, in 5 cities of 4 countries: Monterrey and Mexico City (Mexico), Guatemala City (Guatemala), São Paulo (Brazil) and Bogotá (Colombia). A year and a half later, PepsiCo requested the incorporation of Santo Domingo (Dominican Republic) to the project, committing an additional USD $ 200,000. The objective was to establish collaborative work between The Nature Conservancy and PepsiCo to invest in the development and strengthening of Water Funds, to support a large-scale watershed conservation initiative in five countries (six basins) in Latin America, with positive impacts on the water and people, which represents a multiplicative and long-term effect. The expected results were to 1) Implement conservation activities in the field that provide benefits in quantity and quality of water for users in key watersheds, and that contribute to PepsiCo advance in its goals of preservation of water resources. 2) contribute to the long-term sustainability of watersheds under water stress, of which PepsiCo and other users extract water. Thus, it helps the communities in which the company operates and contributes to making its production plants more sustainable. 3) through participation in the promotion of technical studies and conservation work in the field, leverage key support and funding from other public and private organizations, which are needed to achieve large-scale impacts through collective action.

The mission of The Nature Conservancy is to conserve the lands and waters on which all life depends. We acheive this through the dedicated efforts of our diverse staff, including more than 550 scientists, located in all 50 U.S. states ... Learn More

At PepsiCo, water is fundamental to our ability to operate efficiently and vital to the communities we serve. Water stewardship is a central part of "Performance with Purpose" -- our mission to deliver sustainable growth by investing in a healthier ... Learn More

Globally, corporations and industry are seeking to secure access to sufficient quantities of water to meet current and future needs in a socially, economically and environmentally responsible way in the midst of an unfolding global water crisis with risks that ... Learn More

This guide aims to provide professionals with the practical information and resources to either start sourcing sustainable cotton or increase volumes. Learn More

ECO PASSPORT by OEKO-TEX is an independent certification for chemicals, colorants, and accessories used in textile and leather manufacturing. The certification verifies that each individual substance in the chemical product meets statutory requirements and does not harm human health. Learn More 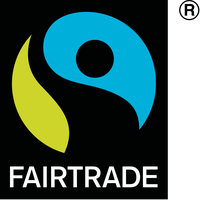 The Global Organic Textile Standard specifies a supply-chain textile processing standard that includes ecological and social criteria. The standard seeks to define worldwide requirements for textiles to be described as organic. These requirements cover the entire supply chain, from harvesting ... Learn More 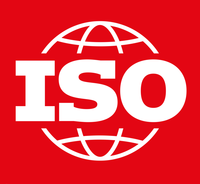 This ISO Standard helps to evaluate the sustainability of a product across its life cycle. Learn More 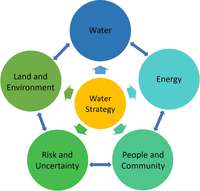 The Pacific Institute – in collaboration with a diverse team of stakeholders – is developing a framework for systematically assessing the multiple benefits and costs provided by water management strategies. Here, we provide a resource library for analysts, decision makers, ... Learn More

No Water No Growth (Resource)

This report seeks to provide an overview of the way in which the social and economic development of continental Asia is dependent on the resources of ten rivers. Learn More

One Planet Approaches consist of a family of tools, methodologies, frameworks, programs, and action plans, which recognize the need to measure and reduce human impact in relation to the absolute boundaries of the Earth system. Learn More

Pulse of the Fashion Industry (Resource)

This report uses new data and calculations to show that investments in resource efficiency, secure work environments, and sustainable materials can benefit the environment and improve profitability. Learn More

The Coca-Cola Company is quantifying the water-related “Replenish” benefits derived through its Community Water Partnership (CWP) projects. The work described in this report builds on previous efforts, and provides a current status of quantification results for three categories of CWP ... Learn More

Although metrics such as water use efficiency ratios are commonly employed within businesses to measurably demonstrate progress, assessing the benefits of water projects beyond a company’s four walls is much more difficult. To fill the gap, some companies are developing ... Learn More 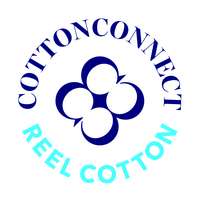 This guide aims to help companies set effective site water targets that are informed by catchment context, which can create value and lessen risks for the company and support collective action. Learn More

The Elephant in the Boardroom: Why Unchecked Consumption is Not an Option (Resource)

This discussion paper examines the need for companies to openly acknowledge and discuss the business dependency on consumption, exploring the topic through three different product examples – cars, beef, and clothing. Learn More

‘The Five Goods’ stem from Fashion for Good’s robust definition of ‘good’ and intend to guide the sector with a genuine and accountable framework with the promise of social, economic, and environmental prosperity. Learn More

Measure the environmental and social impact of your apparel products and operations. Learn More 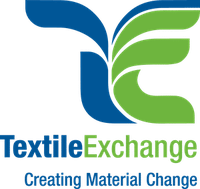 Threading the Needle: Weaving SDGs in the Textile, Retail, and Apparel industry (Resource)

This report is a culmination of industry interviews, non-government organization inputs, and desk research, the report highlights practical examples for companies in the sector and beyond, grappling with how to integrate the SDGs into their core business and global supply ... Learn More

This UN World Water Development report evaluates the vast quantities of domestic, agricultural and industrial wastewater discharged into the environment everyday as a valuable resource rather than costly problem. Learn More 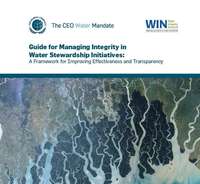 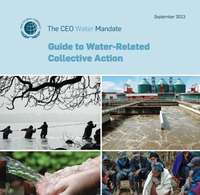 Any action that involves water creates the most benefit and impact for society, environment and economy if these factors are considered: Stewardship, conservation, sustainability, responsibility, long-termism, responsible investing, stakeholder versus shareholder value. In 2010, the United Nations General Assembly recognized ...

Millions of people globally do not have ready access to running water at their homes. They are forced to walk 6 – 10 miles carrying heavy (47 lb. – 21Kgs) water containers daily. The cost of having water delivered is ...